Sifting through 50 years of dust

I must say, this unit is in poor shape. It's filthy and has that strong varnish and dielectric grease odor you'd find in old electronics, likely toxic too. Judging by the serial number, it's been manufactured in 1971, so it must have served a good number of those years when smoking indoors was normal. By the looks of it, it's also seen a fair share of action time. It's got mechanical abrasions, chemical etchings on the meter glass, worn knobs and plugs, some dings and scratches, all sorts of stickers on the face and sides. The one that worries me the most is the red dot present on the front and top panels, likely suggesting that is has suffered a failure, was marked correspondingly and then shelved. 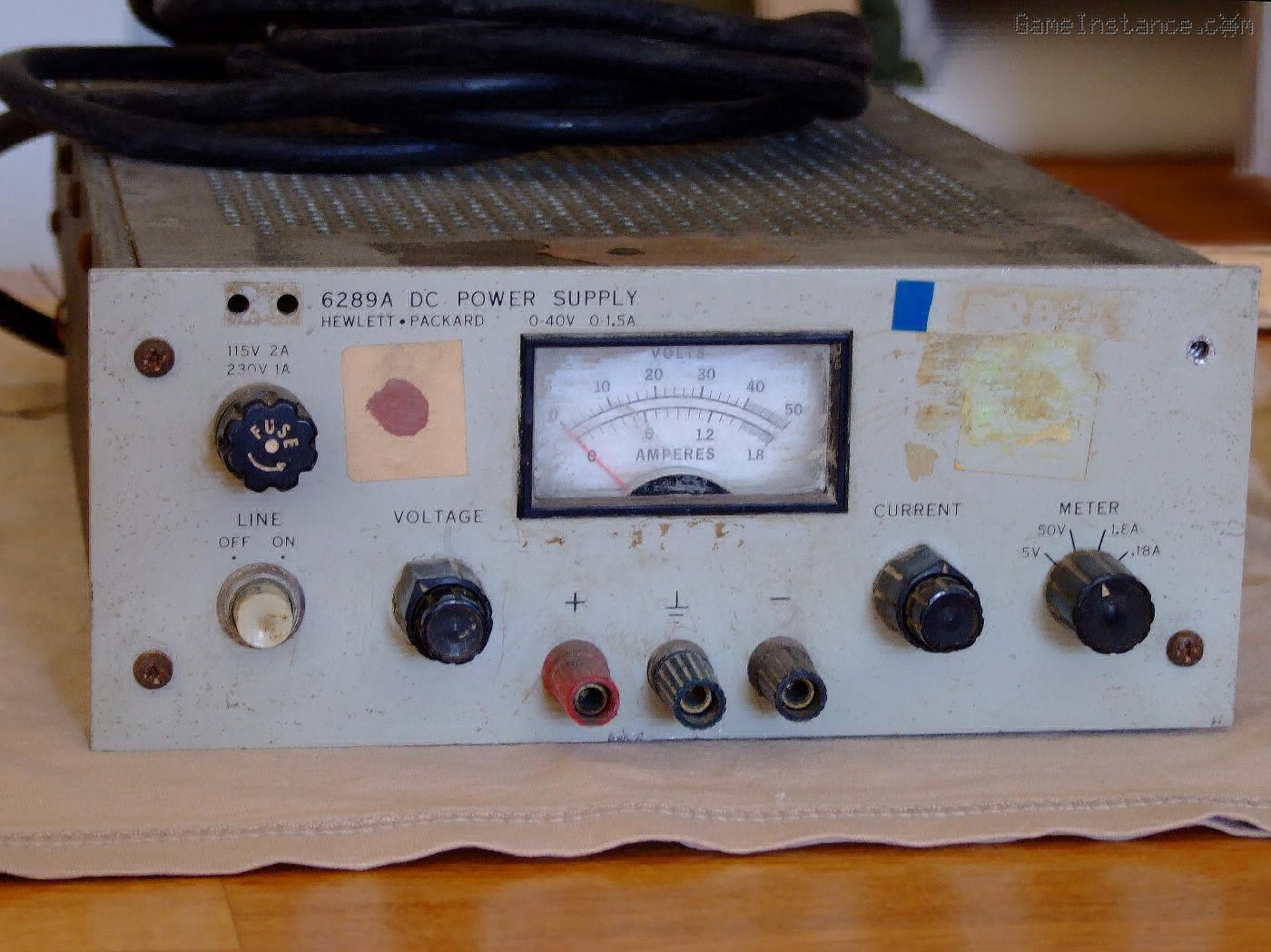 An HP 6289A from the early 70s marked with a red dot, unlikely to symbolize a bindi.

As you'd imagine, the situation looks hairy on the inside. There plenty of all: leaky caps, some weird greasy formation on plastic insulation, rusty transformer core and a yet to be discovered surprise under a thick carpet of dust. That needs to go away before anything. 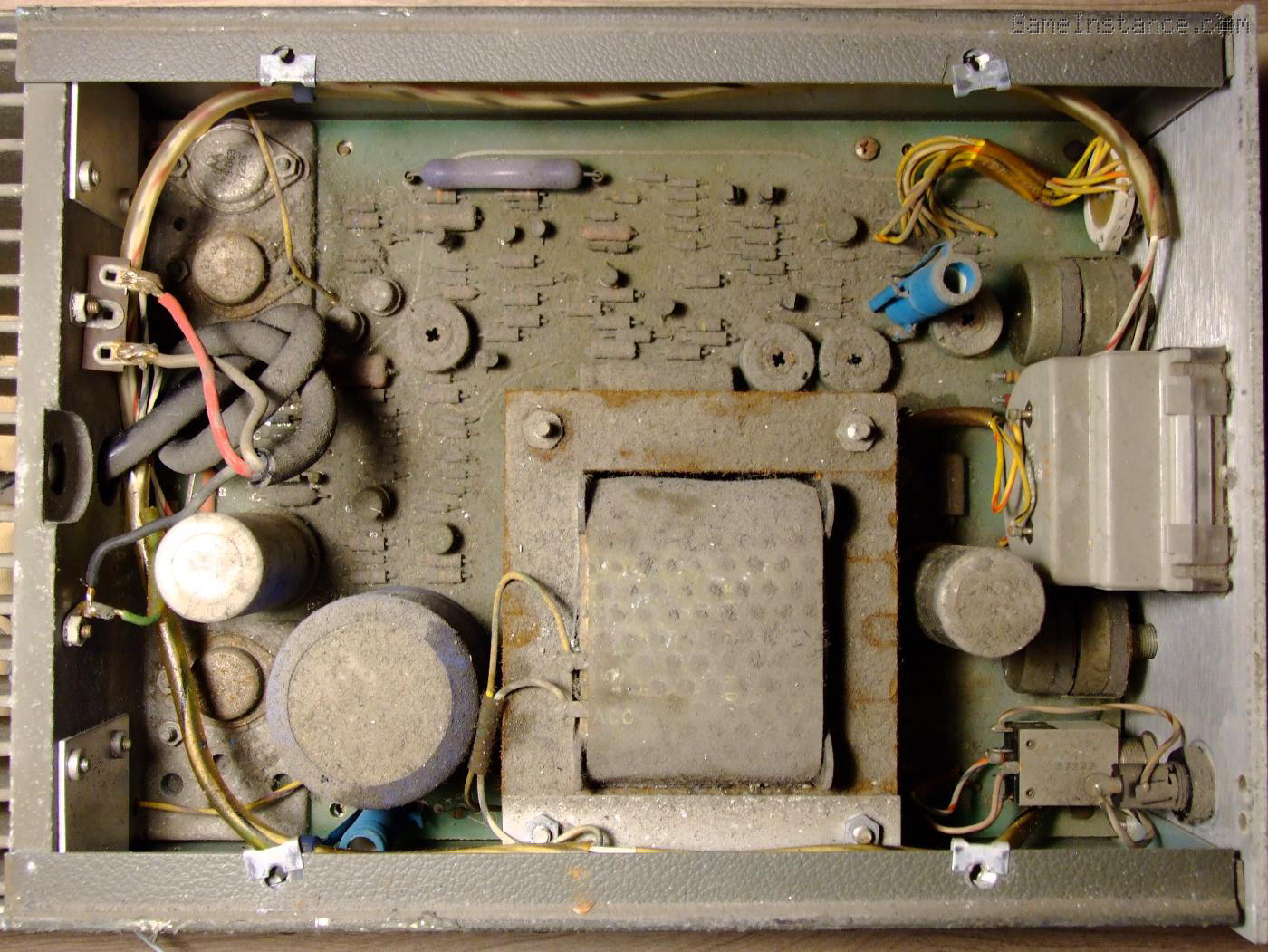 50 years of dust accumulated inside the case of an HP 6289A.

I poked around for possible loose parts, then I jumped into hazmat, fixed the HEPA filters and vacuumed the case while gently brushing the board. I wasn't really in the mood for stratigraphy, in case you're asking. I just wanted to remove that nasty dust. This revealed the board and parts, all present and in good shape, considering their age. On a positive note, the main capacitor doesn't seem to have leaks or bulges. The liquid formation is in fact grease from the insulating collar touching it.

The same HP 6289A, brushed and vacuumed.

Looks like the power cord was replaced at some point. Apparently laziness is a constant across the ages. Why bother de-soldering the old wires when cutting them does the job? It intrigues me the choice of cutting them 1/2" from the soldering point though. It may be due to limited maneuver space when handling the clipping tool. Some on-site fix? 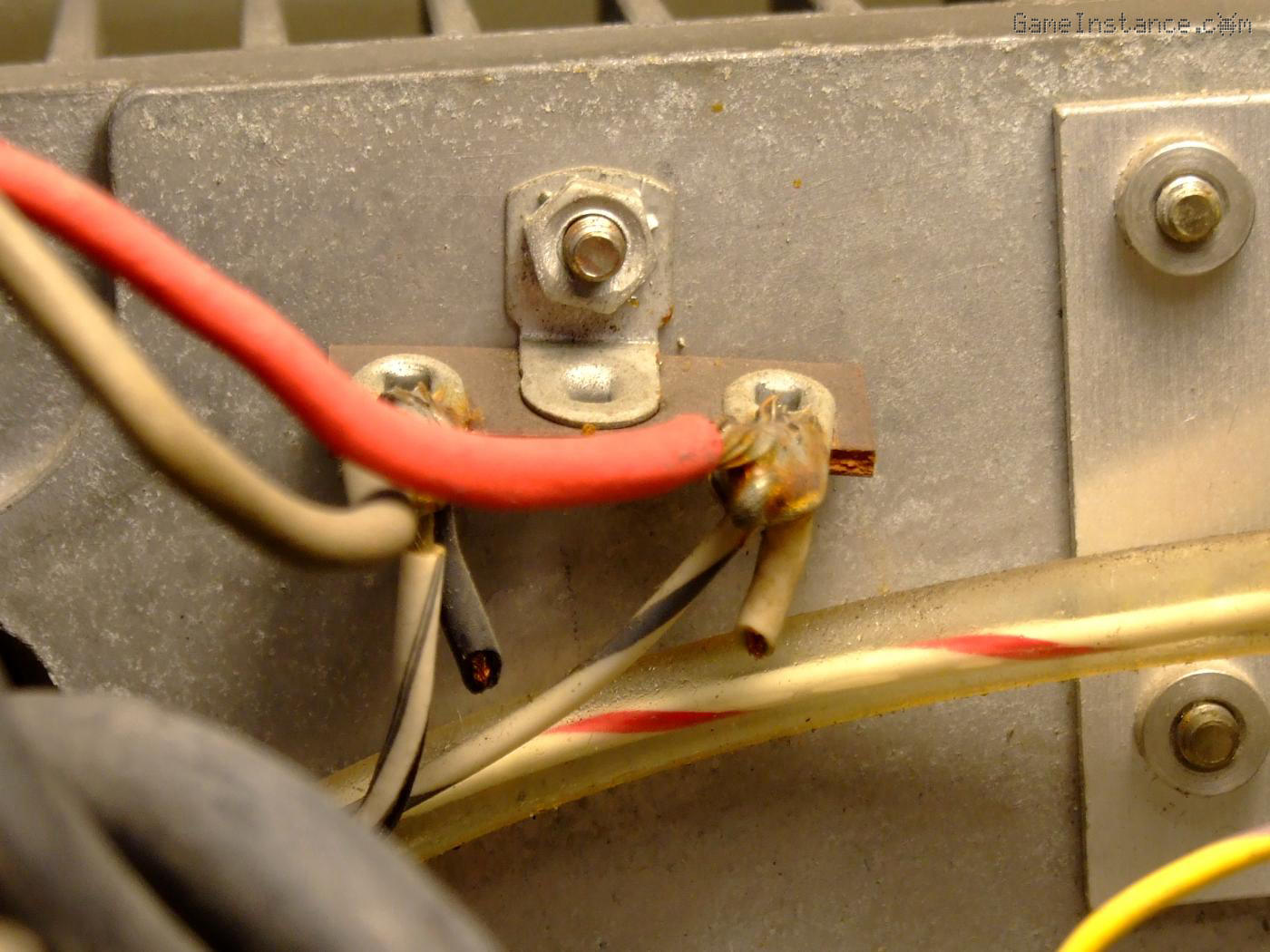 I continued by removing the board from the case, or should I say, removed the case panels from around the board. Everything is screwed in place to form a structurally solid machine. The side panels are brushed aluminum with a leather-like textured, rubber cover. The front panel is also brushed aluminum with a cream-white paint finish. The rear piece is cast aluminum and serves for structure and heat sinking. The front and back pieces were not designed to be easily removable as one has to de-solder things to achieve that. There are only two types of screws used all over the place, all with auto-blocking washers. I must say, I'm impressed with the design, construction and material choices.

With the panels away, I was able to get into hidden areas of the board in order to clean them. With the help of a mildly alcoholic solution, I gently removed all the grease and residue from the board and the parts. This was a painstakingly long and nerve-wracking process. Long for obvious reasons and stressful because of the two pieces attached to the main-board plus the transformer. Yes, all these three heavy and bulky things are fixed onto the board. So, every time I had to flip or rotate the board to access parts, I felt the board bending under their weight. I'm pretty sure that the tensile strength of the traces wasn't factored into the board design. In fact, with boards old such as this one, you're never too careful. Even though the 70s were a good period in terms of circuit design techniques and, well, disco, this circuit has its processes from the 60s, even late 50s with a scent of the baby-boomer, rock-n-roll age. 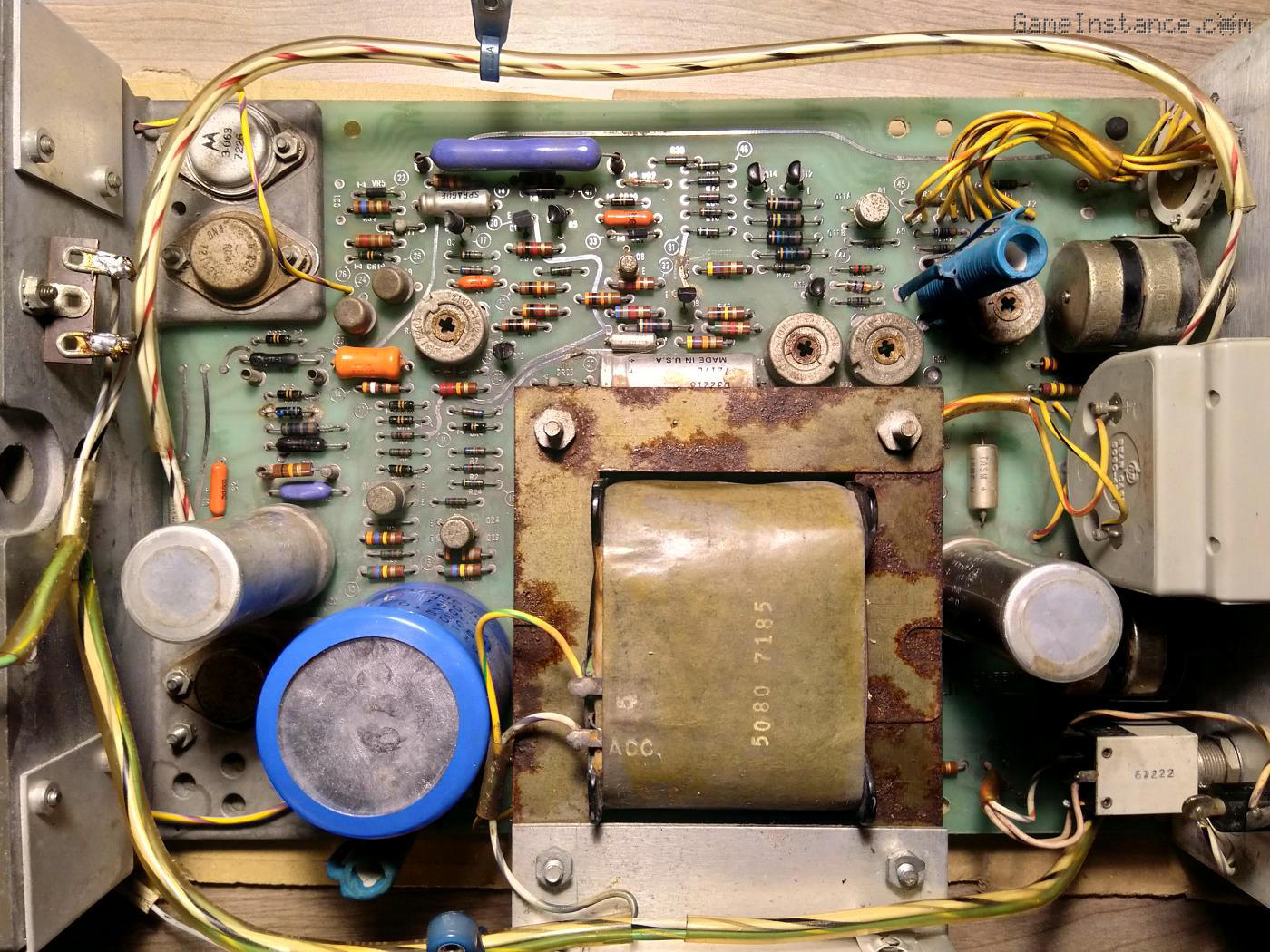 HP 6289A with shiny-clean board and parts, ready for the next step.

Some metal parts affected by oxidation were treated with the generic WD-40. One such part was the transformer core. Getting some of the substance in between the core elements was easy and the capillarity did the work for me. I expect some out-gassing over a period of time due to this but I had to do something about the rust. Also, the metal transistor cases were soaked for a couple of hours and then the oxidation residue went off easily, leaving a smoother surface. I did not insisted mechanically for the stubborn stains. After all, it should keep some of that time patina.

Up next, I'll be investigating the parts and testing the functionality of the unit. By the looks of it, the board has been subjected to another hacky intervention. Someone tried to isolate certain sections of the circuit and scratched-off portions of the PCB traces.
Stick around for updates.