Upgrade: replacing the protection diodes with a Schottky

A wise man once said the best programming language is solder. I laughed about it back then and considered it a bit extreme. The Switcharger has the obvious task of charging the battery whenever possible but the utmost priority function is to protect the battery at all cost. The smallest failure in the MCU or a bug in the sketch and the battery gets discharged beyond recovery. Having seen all kinds of bugs, handling errors and hardware failures, I give the man credit now. 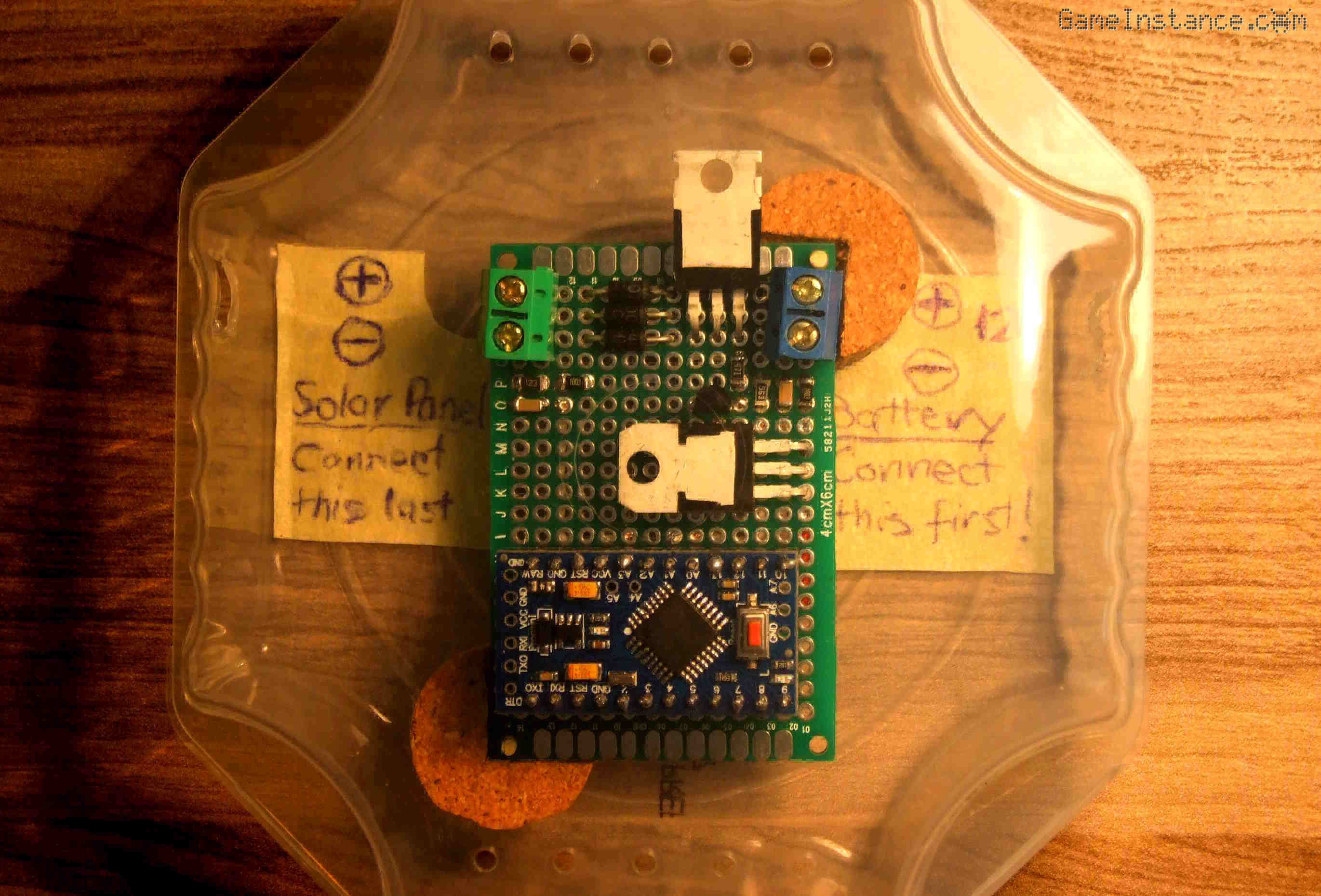 Remember the Switcharger? If you do, you must recall the three parallel diodes preventing battery discharge through the solar panel in low light conditions. They were also teaming-up to balance the charging current. Although that is a working solution, I feared a fire might burst into that plastic box ending in a spectacular battery destruction. Yet, it never did.

with the three diodes was the forward voltage drop. That reached 1.04 volts at a maximum 2 amps charging current. Together they could evenly distribute up to 3 amps, so there was no issue in that department. However, the dissipated power was 2.08 watts (= 2A * 1.04V). For the DO-41 package that's enough to burn your fingers at touch. Takes no engineer to know that cooler is better.

Given the properties of the FR-4 and the heat conduction of the PCB traces - there is a thick wire soldered on the back of the board - fire wasn't a real hazard. Even so, another issue was lurking the circuit. Should one of the diode have fallen out of thermal balance and drawn more current than could handle, it would have triggered a succession of diode failures. The diode group would've become a short-circuit allowing a reverse current through the panel.

is clearly to replace the UF4007's with a single diode capable of handling higher currents and dissipating less heat while at it. I found the Schottky SS54 diode to be a good candidate. It comes in an SMD package, has an average forward current rating of 5A and a forward drop of 0.35V (at 2A, 25°C). This comes as a blessing because it reduces the maximum dissipated power from 2.08W to 0.7W (= 2A * 0.35V). That's almost three times less heat, making the circuit a lot safer for the battery. 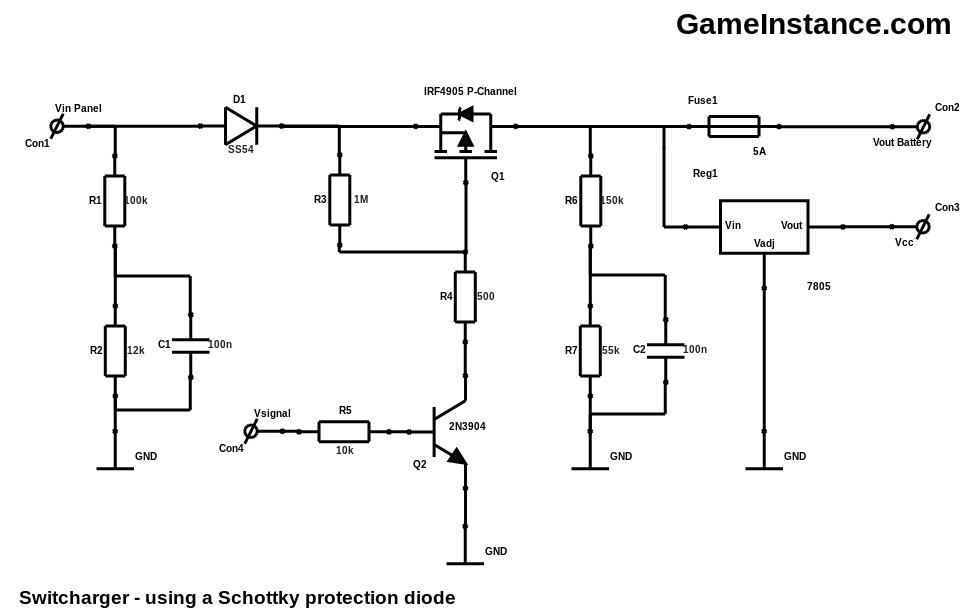 Although less energy is lost in the circuit case, the charger has virtually the same performance. Do not forget that this circuit was meant to be simple. A truly efficient battery charger makes efforts to adapt the impedances of the panel in various illumination conditions and the battery at different charging states. Such a circuit involves the use of a buck-converter, more measurements and extra logic.